Don’t fear your Independent Examination says Community Accountant, Lisa-Jane Bradbury, they’re quicker and simpler than an audit, and can help you refine your accounting systems.

I have had several queries recently from charities who are under the impression that to successfully apply for funding or to present their accounts at their AGM etc, that their accounts need to be audited. When I inform them that their accounts may require an independent examination (IE) instead, there is usually a lot of head scratching and I usually hear “Well isn’t that the same thing?”

While legally your charity ‘may’ require external scrutiny of its accounts (depending on the charity’s gross income), don’t panic, as an IE will be considerably cheaper, quicker, and hopefully relatively pain-free, compared to a full-blown audit.

So, does your charity require an IE?

Not if you’re based in England or Wales and your gross income is less than £25k.

If your charity has a gross income of less than £1m (and if income exceeds £250k and gross assets do not exceed £3.26m) then you have the option of undergoing an IE rather than an audit. If income is over £250k then your IE must be carried out by a member of a recognised professional body. Even if your charity does not have a legal requirement to have accounts independently examined, having an independent examiner can only be a good thing as they will:

In a nutshell, an IE involves a review of the charity’s accounting records and considers if there are any unusual items or necessary disclosures. Usually the Independent Examiner will not be poring over your accounts with a fine toothcomb, like an auditor would (there is a different level of “assurance” – an Auditor gives “reasonable” assurance whereas an Independent Examiner gives a “limited” assurance). There are rules set by the Charity Commission that the Independent Examiner must follow, though these are less prescriptive than those for an Auditor.

Even so, the charity must be prepared to provide additional information to the Independent Examiner, if required. Also bear in mind that when examining the accounts, the Independent Examiner is only required to confirm that there is no evidence to suggest that the charity has not done certain things, otherwise known as a “negative assurance” (which is legal speak for “no matter has come to my attention”).

Preparing for the independent examination is important and careful planning is key. The main considerations are:

Also, be aware that an Independent Examiner will be performing an analytic review of your accounts. This means that they will they be looking at the numbers and the substance behind the numbers. To do that, the examiner will need an understanding of the charity and how it operates, so therefore it is imperative to have these records available:

Not only is it ultimately the trustees’ responsibility to ensure the provision of accounting records, but they are also responsible for the Trustees’ Report section in the accounts. Although an IE will not delve into the substance of the report, the Charities SORP (FRS102) requires that certain information is displayed in the accounts (such as the charity’s purposes and its main activities). An IE will generally only check that the relevant parts of the SORP have been addressed and that the information in the report is consistent with the accounts.

So, in a nutshell, don’t be afraid of an IE. In fact, why not embrace the opportunity to have an experienced and independent person guide you through the maze of rules and regulations of your accounts, whilst building confidence in among stakeholders. Who knows? A review of your accounting systems and procedures may be more beneficial to your charity than you envisaged!

VAST provides services and support to community groups, charities and social enterprises in Stoke-on-Trent and Staffordshire. For more information: www.vast.org.uk 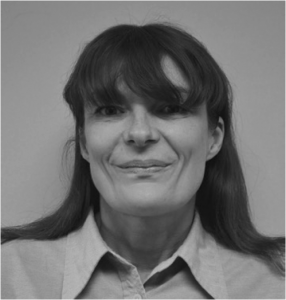