Simple but effective skills in financial management aren’t the preserve of big business. However small your charity, an understanding of finance can reap big rewards. Caron Bradshaw tells the story of her first foray into governance and how a focus on finance helped transform a failing pre-school.

Many years ago I took up my first trustee role as Chair of our local pre-school.  I was willing, values-driven and reasonably able.  I also knew the role came with legal responsibilities.  But if I am honest, I had no real idea of what I was getting myself into!  Contrast my sentiments with those of my co-trustees. The majority probably felt they were there under duress – many didn’t even realise they were trustees at first – they just knew if they hadn’t stepped forward to run the ‘committee’ the pre-school was likely to close for business after the school holidays.  My fellow trustees were anything but unintelligent, but, like many similar boards, they didn’t have any formal financial training or skills, and knew nothing about being a charity trustee.

What the board inherited was, I suspect, consistent with the experiences of many other new boards.  The pre-school’s previous committee had no real handle on its finances.  They did not even realise that they were expected to file accounts with the charity commission – they had enquired at a time when this wasn’t compulsory, but it hadn’t occurred to them to check again. They employed staff, but didn’t have a clue about their tax position (creating a major NIC problem for themselves – a story for another time). They had no idea how many children might join in  future terms, how much rent they might need to pay for the space, how much fundraising they needed to do, or how many staff they would have to employ. They lived entirely hand-to-mouth in the present moment and often threw themselves at the mercy of the parents of the children in their care when times got tough.

When I became Chair, I already understood that financial information is powerful and that accounting was less about compliance and more about effective management; a view acquired during my day job at the ICAEW.  This conviction was unequivocally proven during my tenure as trustee.  I had to convince my fellow trustees that we needed to improve our financial skills and in doing so I encountered some resistance. People felt that perhaps it was a ‘nice to have’ or the thing you do in a business rather than a small, local, charitable pre-school. But I persevered.

And it was worth it. Within a short period of time our pre-school went from failing to thriving.  We even secured a £250k grant from our local authority to construct a purpose-built home for our charity in the grounds of the local school.  Tackling our lack of financial skills played a major part and unleashed our ability to think ahead, plan, articulate a convincing business case for funding from the council, and helped us be clear to our supporters how much we needed to fundraise (and what they got for their money).

Helping small charities gain financial skills makes a difference.  I have seen how essential they are and how they can be transformational.  So all these years later I am delighted to be helping CFG actively supporting small charities. 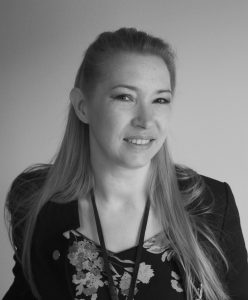